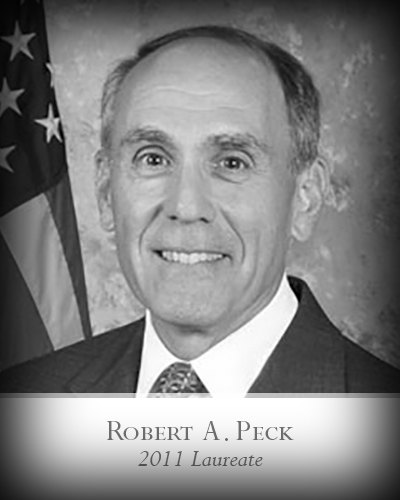 Now serving for the second time as the General Service Administration’s Commissioner of Public Buildings, Peck’s distinguished career in public service includes positions at the U.S. Office of Management and Budget, the National Endowment for the Arts, and the staff of the U.S. Senate. A past president of the D.C. Preservation League and a former appointee to the District of Columbia's Board of Education and the U.S. Commission of Fine Arts, Peck also served as a Special Forces officer in the U.S. Army Reserve. In 2000, the late Sen. Daniel Patrick Moynihan called Peck “a public servant of unexampled ability and achievement.”

Peck received a bachelor’s degree in economics from the University of Pennsylvania and a Juris Doctor from Yale Law School. He was a Visiting Loeb Fellow at Harvard University’s Graduate School of Design.

Together with the Driehaus Prize, the Reed Award represents the most significant recognition for classicism in the contemporary built environment.