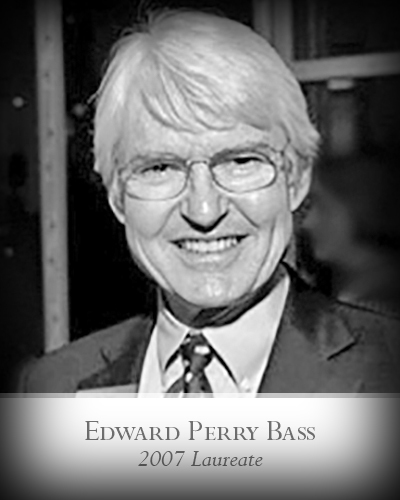 Few people are as knowledgeable or as committed to advancing a traditional attitude and outlook on architecture and urbanism in the United States as Edward Perry Bass. Even fewer have invested as much of their time, energy or money in advancing these principles.

Edward Perry Bass, president of Fine Line, Inc., a private diversified investment and venture capital firm in Fort Worth, Texas, received the $25,000 Henry Hope Reed Award in association with the Driehaus Prize. Mr. Bass is recognized as a leader in one of the most successful urban revitalization efforts in the nation. He and his family developed Sundance Square into a successful mixed-use urban core in Forth Worth. As chairman of Performing Arts Fort Worth, Mr. Bass led the development of the Nancy Lee and Perry R. Bass Performance Hall, which opened in 1998 to international acclaim.