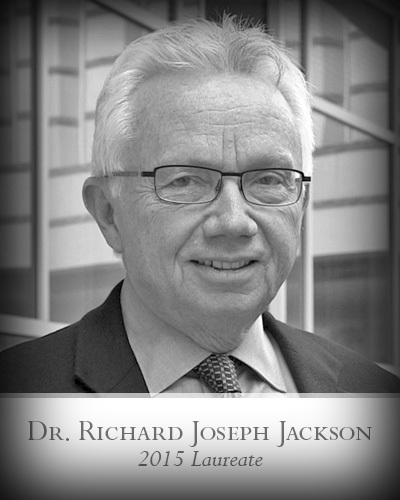 Renowned environmental health expert Dr. Richard J. Jackson has been named the recipient of the 2015 Henry Hope Reed Award. The award is given annually to an individual working outside the practice of architecture who has supported the cultivation of the traditional city, its architecture and art. Dr. Jackson will receive the $50,000 Reed Award at a March 21 ceremony in Chicago in conjunction with the Richard H. Driehaus Prize at the University of Notre Dame, which will be presented to David M. Schwarz.

“I welcome the recognition of Dr. Richard J. Jackson as the recipient of the 2015 Henry Hope Reed Award,” said Driehaus. “His research into the health advantages conferred by walkable environments emphasizes the overall importance of traditional and sustainable urban design.”

“Dr. Richard Jackson’s research has made the world aware of the influence of the built environment on our health. We have created a world of industrial scaled zones that hinders the ability of everyday citizens to lead healthy lives. Dr. Jackson’s research has demonstrated how cities with mixed use, pedestrian-friendly urbanism provide an environment that promotes health and well-being that is superior to that of our sprawling suburbs,” said Lykoudis. “In the midst of a national debate on health care, he has realigned the focus to include a holistic approach to fitness that examines the causes of poor health rather than just the cure.”

Jackson currently serves as professor of environmental health at the University of California, Los Angeles’ School of Public Health. He graduated from the University of California School of Medicine at San Francisco. He then earned his master of public health from UC Berkeley and began working as a public health medical officer with the California Department of Health Services. In 1994, Jackson was selected to be director of the National Center for Environmental Health. In 2003, he served as the Centers for Disease Control and Prevention director’s senior adviser and co-led the organization’s strategic planning process related to health systems.

Jackson is co-author of the 2004 book “Urban Sprawl and Public Health.” In 2005, he was selected to serve on the national board of directors of the American Institute of Architects. His lectures have been influential in convincing urban planners, developers, builders and elected officials to create environments that promote exercise, socialization and health.