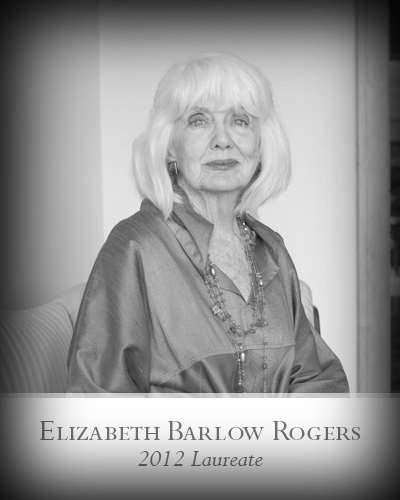 Acclaimed writer and landscape preservationist Elizabeth Barlow Rogers has been named the 2012 Henry Hope Reed Award laureate. Rogers will receive the $50,000 Reed Award in Chicago at a March 24 ceremony in conjunction with the Richard H. Driehaus Prize at the University of Notre Dame, which will be presented to Michael Graves.

Currently president of the Foundation for Landscape Studies, Rogers served as New York City’s first Central Park Administrator and the founding president of the public-private Central Park Conservancy. In those roles, Rogers led the park’s restoration and preservation from 1979 to 1996. She has since worked as a teacher, writer, and lecturer on the cultural meaning of place in human life. A member of the American Academy of Arts and Sciences, Rogers is the author, most recently, of Writing the Garden: A Literary Conversation Across Two Centuries. Her previous books include Romantic Gardens: Nature, Art, and Landscape Design, Landscape Design: A Cultural and Architectural History, Frederick Law Olmsted’s New York, and the National Book Award-nominated The Forests and Wetlands of New York City.

A San Antonio, Texas native, Rogers earned a bachelor’s degree in art history from Wellesley College and a master’s degree in city planning from Yale University. The American Society of Landscape Architects honored Rogers with its LaGasse Medal in 2005 and she received the Rockefeller Foundation’s 2010 Jane Jacobs Medal for lifetime achievement.

Together with the Driehaus Prize, the Reed Award represents the most significant recognition for classicism in the contemporary built environment. Recipients are selected by a jury comprised of Adele Chatfield-Taylor (President of the American Academy in Rome), Robert Davis (Developer and Founder of Seaside, Florida), Richard H. Driehaus (Founder and Chairman of Driehaus Capital Management), Paul Goldberger (Architecture Critic for The New Yorker), Léon Krier (Inaugural Driehaus Prize Laureate), Michael Lykoudis (Francis and Kathleen Rooney Dean of the University of Notre Dame School of Architecture), and Witold Rybczynski (Meyerson Professor of Urbanism at the University of Pennsylvania and Architecture Critic for Slate).