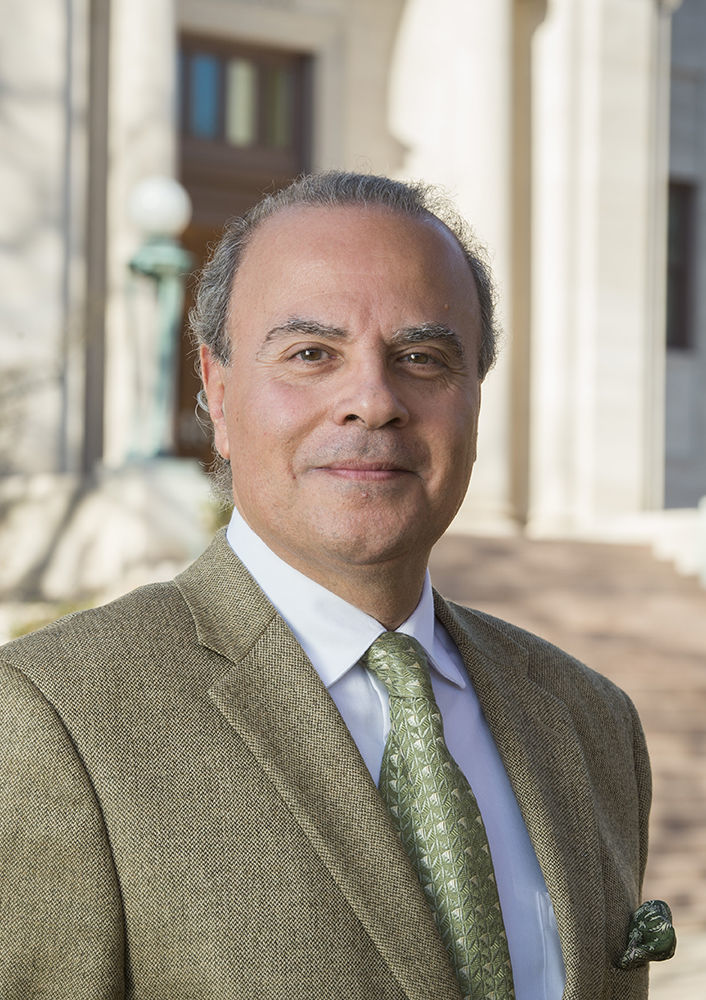 Prof. Samir Younès teaches traditional urbanism and architecture and architectural theory. Samir Younès' professional experience in the United States and Europe includes a comprehensive variety of projects: long-term master-plans, mixed use developments, private residences, and commemorative monuments. In 1993, he designed the monument for the Cornerstone laying ceremony for the Bicentennial of the U.S. Capitol, Washington, D.C..   Younès taught architecture at the Catholic University of America from 1986 until 1991 when he joined the faculty at Notre Dame by teaching in the Rome Studies Program. He was subsequently Director of Graduate Studies (1993 -1999), Director of the Rome Studies Program (1999 - 2008), and Rooney Director of Rome Studies (2006-2008). In 2001, Younès was member of the Founders' Committee of the School of Architecture at the Universidade Católica Portuguesa, Viseu, Portugal. He was master planner and senior tutor for the Prince of Wales urban task force for Lebanon in 1997.   He lectured on architecture at the Universities of Bologna; and Ferrara, Italy; L'Ecole des Beaux-Arts, Paris, France; Univ. of Portsmouth UK; and juried projects at the Univ. of Miami (Rome), Univ. of Maryland, Catholic University, Clemson University  (Genova), Univ. of Oregon (Rome), and Yale.

Younès' projects and essays on architecture and aesthetics have appeared in  Architectural Design  (London, UK), The Journal of the Royal Institute of Philosophy  (Cambridge, UK),  The Journal of Urban Design  (Nottingham, UK),  Archi e Colonne International  (Bologna, Italy),  Quadri e Sculture  (Rome, Italy), American Arts Quarterly  (New York, USA).   Younès is currently working on a book on architectural theory due for publication in 2010 from Gangemi Editore, Rome. His architectural project for the island of Pantelleria was exhibited at the Biennale di Venezia, Autumn, 2006. Younès is a member of editorial board of OPUS, a series of publications on the urban history of Rome (Gangemi Editore).

Honorable Mention from the Congress of New Urbanism for the new town of Georgetown at Corbeanca, Romania, 2011.

Member of the Scientific Committee consortium for the establishment of the new European School of Urbanism and Architecture, 2007.

Member of the Scientific Committee advising the Italian Ministry of Cultural Affairs on architectural issues related to museums, 2003.

Member of the Founders' Committee of the School of Architecture at the Catholic University of Portugal, in Viseu, 2001.

"The Faces of Character", at the University of Miami School of Architecture, 2013.

"The History of Traditional Architecture", at Universidad Politecnica de Madrid,  2013.

"Technique and Artistic Imitation and Invention", at Prophet in the Technological Wilderness: the Centenary Celebration and Critical Review of Jacques Ellul, Wheaton College, Illinois, 2012.

"The Waterfront of Pantelleria", given at the Congress for European Urbanism Conference in Lisbon, Portugal, 2007.

"The Vaule of Monuments and the Charter of Venice", given at the Venice Charter Revisited Conference, Venice, Italy, 2006.

The True, the Fictive, and the Real. The Historical Dictionary of Architecture of Quatremère de Quincy, Papadakis London, 1999.

"Technique and the Collapse of Symbolic Thought" , in The Ellul Forum for the Critique of Technological Civilation, David Gill, Ed., Issue 49, Spring 2012.

"The Dominance of Modernist Ideology in the Charters of Athens and Venice." in The Venice Charter Revisited, Matthew Hardy Ed., Cambridge University Press, 2009.

The Empire of Masks. Pluralism and Monism in Architecture and Politics  in  Jrnl. of Royal Institute of Philosophy, Cambridge, U.K., Vol. 79, 2004.