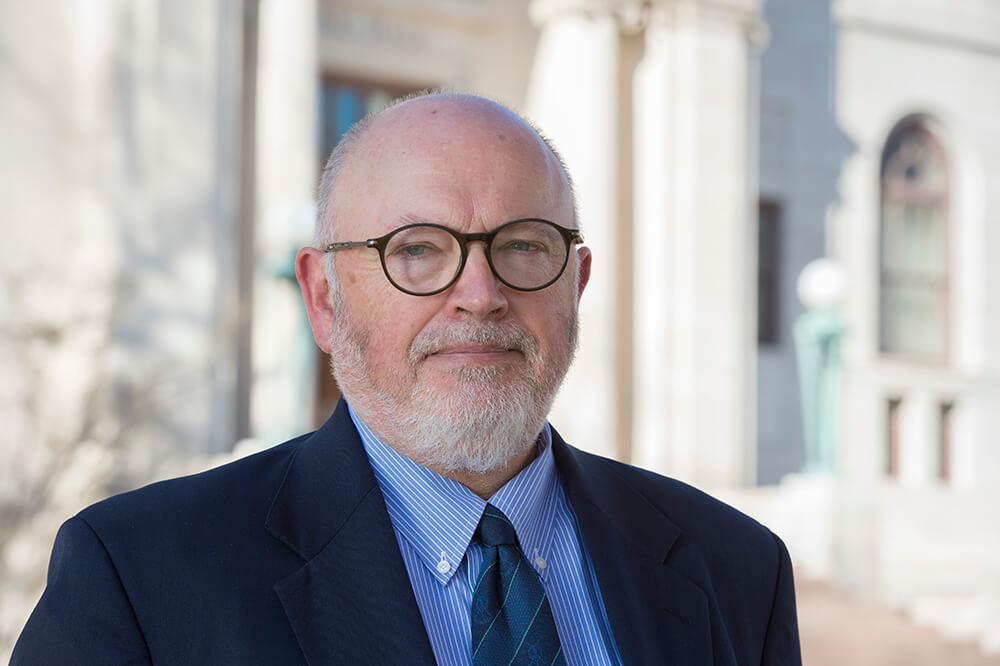 Professor Philip Bess teaches graduate urban design and theory, with a particular interest in Catholic and classical humanist intellectual and artistic traditions in the context of modern American life and the contemporary culture of architecture and urban design. From 2004 to 2014 he was the School of Architecture's Director of Graduate Studies.

Under his direction between 2006 and  2018, the Notre Dame graduate urban design studio completed master plan proposals for Lewis University, IL (2006), Cooperstown, NY (2007), Northampton, MA (2008), Ventura, CA (2009), Skaneateles, NY (2010), Lafayette, LA (2013, under Visiting Critics John and Jennifer Griffin), Providence, RI (2016), and Tulsa, OK (2017). In the Fall of 2011, the graduate urban design studio began an ongoing, episodically funded, multi-year project called After Burnham: The Notre Dame Plan of Chicago 2109, which envisions metropolitan Chicago at the bicentennial of the 1909 Plan of Chicago, and is devoted to exploring whether and how Notre Dame's professed classical humanist ideals might be applied at the scale of the modern metropolis. The 2011 and and 2012 Chicago 2109 studios explored general City of Chicago and northeast Illinois regional issues, with subsequent studio proposals for LaFox, IL (2014), Zion, IL (2015), and south side Chicago's Midway Plaisance (2018).

The work of the graduate urban design studio has received regional, national, and international recognition, from the Congress for the New Urbanism (CNU) and the International Network for Traditional Building, Architecture & Urbanism (INTBAU):

In his youth a member in good standing of both the International Brotherhood of Teamsters and the United Steelworkers union, Professor Bess has been a cab driver in both Boston and Chicago. Before coming to Notre Dame in 2004 he lived and worked in Chicago, and at various times taught architecture and urban design at Notre Dame, the University of Illinois at Chicago, Michigan, Miami of Ohio, Calvin College, and Andrews University. From 1987-88 he was the director and principal designer of the NEA-and-Graham-Foundation-funded Urban Baseball Park Design Project of the Society for American Baseball Research (SABR); and in Boston in August 2000 he directed and coordinated the ultimately successful "Save Fenway Park!" design charrette, from which came contemporary Fenway's famous "Monster Seats" and other prominent renovations.

Professor Bess lectures widely, and is the author of numerous articles and three books:  City Baseball Magic: Plain Talk and Uncommon Sense About Cities and Baseball Parks  (Knothole, 1991);  Inland Architecture: Subterranean Essays on Moral Order and Formal Order in Chicago  (Interalia / Design, 2000); and Till We Have Built Jerusalem: Architecture, Urbanism, and the Sacred  (ISI, 2006). He holds an undergraduate degree in philosophy from Whittier College, a graduate degree in church history from Harvard, and a graduate degree in architecture from the University of Virginia. In 2013-14 he was a William E. Simon Visiting Fellow in Religion and Public Life in Princeton University's James Madison Program in American Ideals and Institutions; in May 2015 he received the degree Doctor of Humane Letters honoris causa from The Dominican School of Philosophy and Theology in Berkeley, California; and he is a Fall 2019 Fellow of the Notre Dame Institute for Advanced Study.