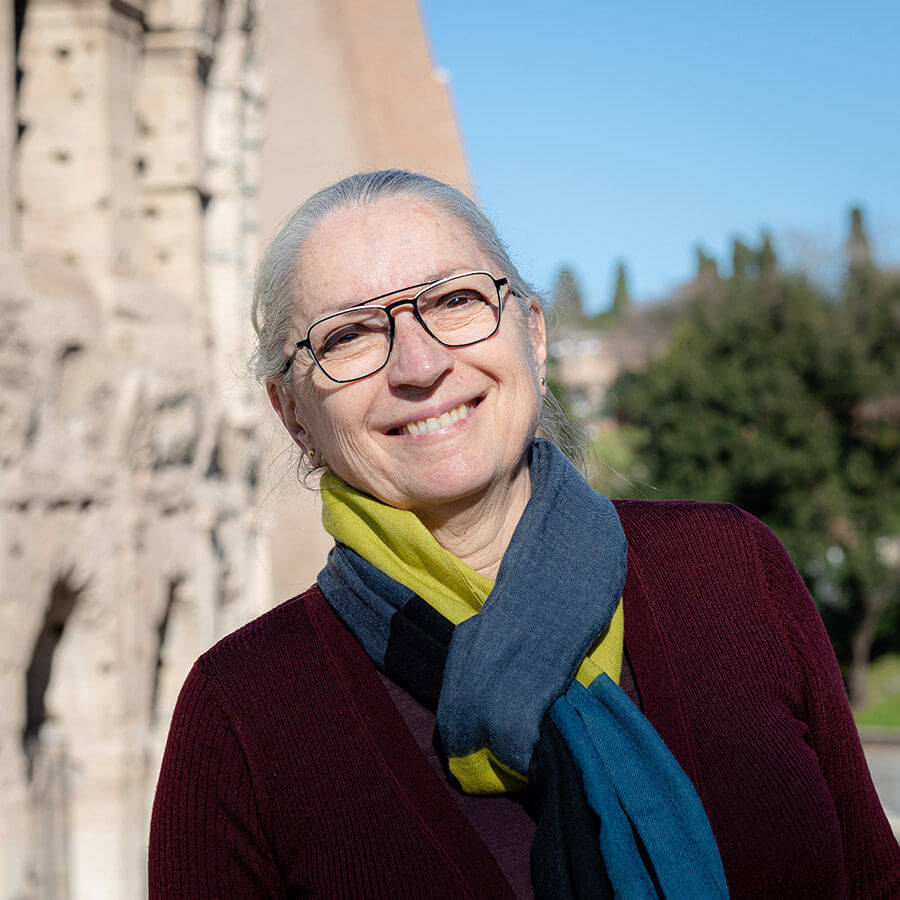 Director of Relations, Associate Professor of the Practice, Rome

In the summer of 2016 she was appointed to serve as Director of Relations at the School of Architecture’s Rome Program campus.

Prof. Giovanna Lenzi-Sandusky has taught Italian in beginning, intermediate and advanced language, art & culture courses at the University of Notre Dame since 1990. She was for most of that time responsible for teaching and preparing the second year architecture students for their year of study in Rome as well as teaching several Italian language and culture courses in the Italian Studies Program in Arts and Letters.

Before coming to Notre Dame with her husband Bill Sandusky she co-directed the art galleries at Saint Mary’s College, Notre Dame where she also taught art history and gallery related courses as well as an occasional course in Italian language. Throughout the years she taught summer courses in Italian art and culture for various American university programs in Italy. She received her Laurea in Lettere from the University of Florence in 1979 with a thesis in the History of Art on a Romanesque abbey church near Chieti in the Abruzzi.

In 2005 she was the recipient of a Kaneb Teaching Award for excellence in undergraduate teaching at the University of Notre Dame. In the summer of 2006 she was awarded an NEH grant to participate in the seminar Shaping Civic Space in a Renaissance City: Venice c.1300-c.1600 in Venice, Italy.

In June 2007, 2008 & 2009 she accompanied university of Notre Dame Alumni trips to Sorrento and Orvieto and environs, Malta and Sicily, and the Great Lakes Region of Lago Maggiore and Milan. Throughout she has worked on a variety of translations in art and architecture history.

In the 2012 Cine Roma- An International Seminar on the Cinema and the City at La Sapienza in Rome, Italy she began a study on the influence that Roberto Longhi’s lectures at the University of Bologna in 1939-‘40 had on Pier Paolo Pasolini’s early cinematic experiences. In June of 2015 she presented the results of that study at the American Association of Teachers of Italian (AATI) convention held that year in Siena.

In summers, of 2013 at Notre Dame, and in 2015 and 2016, in Rome she directed the Notre Dame Pre-College Summer Scholars Program: a 2 week seminar for rising high school seniors and with the participation of a range of Notre Dame faculty working in Italian Studies.

In April of 2014 in partnership with the Soprintendenza Speciale per i Beni Archeologici di Roma she co-curated the exhibit “Revisiting the Roman Forum: From Pen to Pixel, methods of documentation in the 20th and 21st. centuries”, which was held at the Curia in the Roman Forum, with University of Notre Dame’s School of Architecture Prof. Krupali Krusche and her DHARMA team in Preservation.