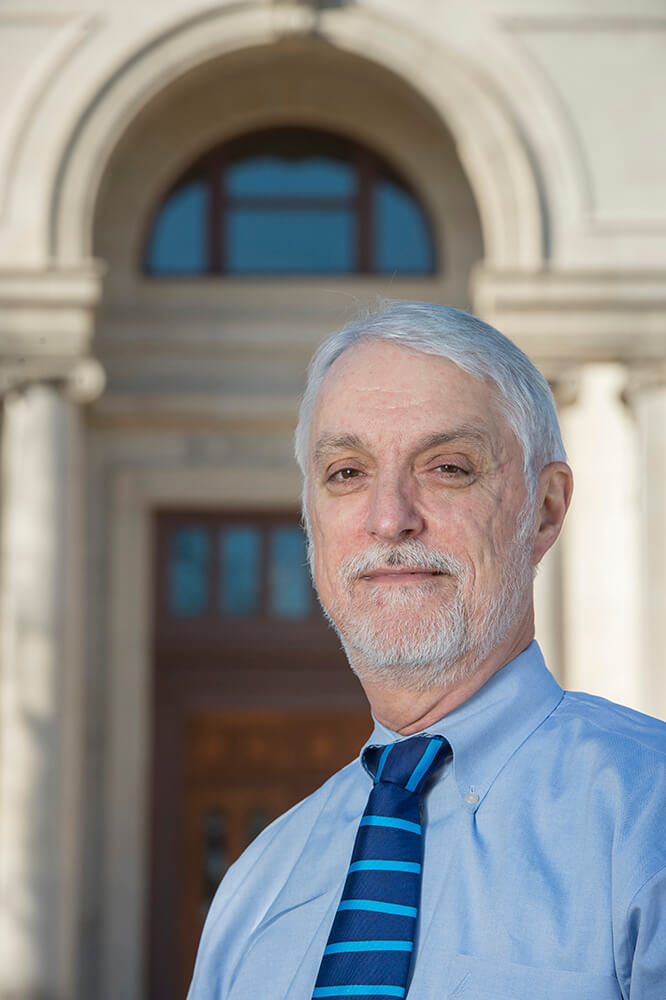 Dennis Doordan, author of  Twentieth Century Architecture  and co-editor of  Design Issues, a journal devoted to the history, theory, and criticism of design, is an architectural and design historian and museum consultant and the Associate Dean of Research, Scholarship and Creative Work at the School of Architecture. He has a Ph.D. from Columbia University and a B.A. from Stanford University. He holds a joint appointment in the School of Architecture and the Department of Art, Art History and Design.

Prior to joining the faculty at Notre Dame in 1990, Doordan taught at the University of Illinois at Chicago and Tulane University. In 1999 and again in 2006, Doordan received the John A. Kaneb Award for Undergraduate Teaching at the University of Notre Dame.He has published books and articles on a wide variety of topics dealing with 20th-century architecture and design including political themes in architecture, the impact of new materials, and the evolution of exhibition design techniques. He is the author of  Twentieth Century Architecture, a new survey of this subject, published in the UK by Laurence King Publishing and in North America by Harry N. Abrams. He has served as an exhibition consultant and contributed catalog essays for architecture and design exhibitions organized by The Art Institute of Chicago, The Carnegie Museum of Art in Pittsburgh, the Guggenheim Museum in New York City, The Los Angeles County Museum of Art, The Toledo Art Museum, and the Wolfsonian Foundation in Miami Beach, Florida. He has spoken about design education and interdisciplinary research at international conferences in Melbourne Australia (2004) London, England (2002), Perth, Australia (2000), Helsinki, Finland (1999), and Columbus, Ohio (1999). Dennis Doordan has provided on-camera commentary for "Frontiers of Construction: Worlds Fairs" produced by Barna-Alper Productions for Discovery Channel Canada (2000), and "Building for Meaning: The Architecture of Evans Woollen" produced by Spellbound Productions (1994) for broadcast on the PBS affiliate in Indianapolis, September 1994.

2009, April 16 & 17 and November 6 & 7, 2008 Invited Participant:  Design as a Discipline  Workshops Sponsored by the National Science Foundation and organized by the Design Science Program at the University of Michigan (November 2008) and the Segal Design Institute, Northwestern University, Evanston IL (April 2009).

2008, December 8 Invited participant for the conference  Creative Scholars: Research Economies in Art and Design, sponsored by Tate Britain, Wimbledon College of Art and University of Brighton.

2008, September 15 Invited Conference presentation for Design: History and Identity  Second International Conference on Historical Studies in Design, sponsored by the Facoltã di Design e Arti of the Universitã  IUAV di Venezia.  Paper title: The Future of the Past.

2008, June 20 Langfang, Hebei Province, China, Invited Conference Presentation for the  2008 International Forum on Urban Development and Planning.  Paper title: Looking Back in Order to Look Forward: The Contribution of History to Our Understanding of Ecological Cities.

2008, April 11 Keynote address: Design/Research/Community  for the Symposium From Here to There: Design Research, sponsored by Arizona State University.

2007, March 1 Keynote address: Reflections on Modernism and the History of Architecture after World War Two  for the Symposium:  Sanctioning Modernism: Post WWII Architecture. Sponsored by the School of Architecture, University of Texas at Austin.

Scott Johnson and the Commerce of Ideas in The Big Idea: Criticality and Practice in Contemporary Architecture by Scott Johnson (Balcony Media Press, Glendale CA: 2006): 7-11.

From the Cold War to Postmodernism: Architectural Criticism in the 1960s, in Universal versus Individual: the Architecture of the 1960s. Pekka Korvenmaa and Esa Laaksonen, eds., (Alvar Aalto Academy, Helsinki: 2004): 130-147.