In December 2012 Jennifer Parker and Adam Heet from the Architecture Library, along with colleagues from Hesburgh Library and Academic Technologies, traveled to Seaside, Florida to continue work on the Seaside Research Portal. Three members of the team worked primarily on aerial photography-taking Gigapans from a 35-foot lift and aerial panoramic photos from a camera strapped to a helium balloon. This will allow the team to create a virtual tour of Seaside. They also took still photos of each building and structure in Seaside and mapped the GPS coordinates for Seaside's streets. The photos and GPS will be combined to build a map tool to help users study the town's urban development. 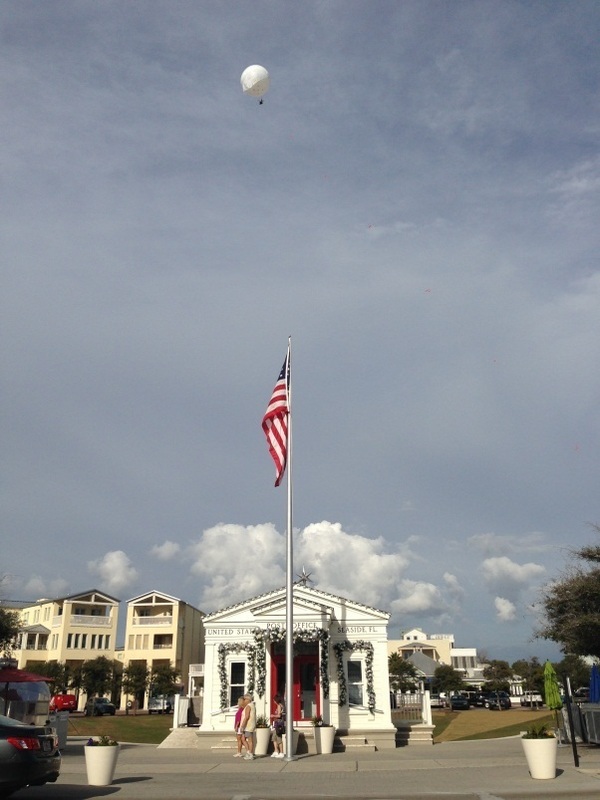 Seaside is an unincorporated master-planned community between Panama City Beach and Destin. It is one of the first cities in America designed on the principles of New Urbanism. Seaside founder Robert Davis transformed it into an old-fashioned beach town with climate adapted, wood-framed cottages in the Florida Panhandle building tradition.  Seaside includes buildings by many architects including Driehaus Prize winners Léon Krier and Robert A. M. Stern. The town's master planners, Andrés Duany and Elizabeth Plater-Zyberk, won the Driehaus Prize in 2008.