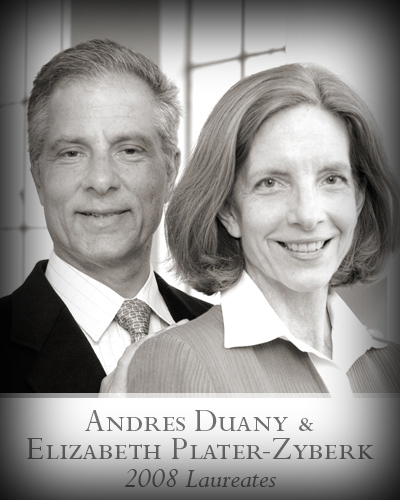 Duany Plater-Zyberk & Company is a leader in the national movement called the New Urbanism, which seeks to end suburban sprawl and urban disinvestment. The firm first received international recognition as the designer of Seaside, Florida, and has since completed designs and codes for over two-hundred new towns, regional plans, and community revitalization projects. DPZ’s work is having a significant influence on the practice and direction of planning and development in the United States.

The firm’s method of integrating master planning with design codes is being applied in towns and cities for sites ranging from 10 to 10,000 acres throughout North America as well as in Europe and Asia. DPZ has received numerous awards, including two State of Florida Governor’s Urban Design Awards for Excellence. The new town of Seaside, Florida was described by Time magazine as “the most astounding design achievement of its era.” DPZ was instrumental in the creation of the Traditional Neighborhood Development Ordinance (TND), a prescription for pedestrian-oriented, mixed-use, compact urban growth which has been incorporated into zoning codes across the country. The firm has developed a comprehensive municipal zoning ordinance called the SmartCode, prescribing appropriate urban form for all uses and all densities.

Elizabeth Plater-Zyberk is a founding principal of Duany Plater-Zyberk & Company. She is dean of the University of Miami’s School of Architecture, where she has taught since 1979. Having initiated the graduate program in Suburb and Town Design in 1988, Elizabeth continues to explore current issues in city growth and reconstruction with students and faculty. She has served as Director of the Center for Urban Community and Design, organizing and promoting numerous design exercises for the benefit of communities throughout South Florida.

Elizabeth is a founder and emeritus board member of the Congress for the New Urbanism, established in 1993. The New York Times has characterized the New Urbanism as “the most important phenomenon to emerge in American architecture in the post-Cold War era.” She has co-authored two books: Suburban Nation: The Rise of Sprawl and the Decline of the American Dream and The New Civic Art.

Elizabeth received her undergraduate degree in architecture and urban planning from Princeton University and her master’s degree in architecture from the Yale School of Architecture. She has received several honorary doctorates, the Brandeis Award for Architecture, the Thomas Jefferson Memorial Medal of Architecture from the University of Virginia, the Vincent J. Scully Prize for exemplary practice and scholarship in architecture and urban design from the National Building Museum, and the Seaside Prize for contributions to community planning and design from The Seaside Institute. She lectures frequently and has been a visiting professor at a number of schools of architecture in North America. She has been a resident at the American Academy in Rome and for fourteen years served as a member of the Board of Trustees of Princeton University. She is a board member of the Institute of Classical Architecture.

Andres Duany is an architect whose work focuses on the planning of communities. He and his wife, Elizabeth Plater-Zyberk, founded their practice in 1980, at the time of their design of Seaside, which began an ongoing debate on the alternatives to suburban sprawl.

Since then, DPZ, their planning practice, has completed well over two hundred downtown and new town plans. They have particular expertise in writing codes. This work has generally been received with awards and publication. Their firm currently has six partners and employs about 30 persons dedicated to both practice and research.

Andres and Elizabeth were founding members of the Congress for the New Urbanism. They teach Traditional Town Planning at the University of Miami, where Elizabeth is dean of the School of Architecture.

Andres has co-authored three widely distributed books, their most recent is The Smart Growth Manual which describes the problems of American cities and proposes techniques that are socially, economically and environmentally sustainable.