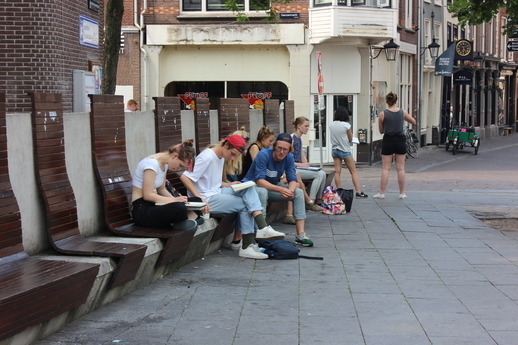 Dr. Kennedy moved to create a one-time summer seminar course that would be taught by Notre Dame’s School of Architecture Professors John Mellor and Samantha Salden Teach.  In the Summer of 2017, Profs. Mellor and Salden Teach journeyed to UCU to instruct a 5 week course titled Civil City and Its Architecture.  Prof. Salden Teach says that the course was not intended to help students become architects, but instead was an opportunity for students to learn the language of architecture and begin to use that language to analyze the environment they inhabit.

The participating UCU students came to the course from diverse liberal arts backgrounds and included a mix of psychology, political science and sociology majors.  One thing the UCU students tended to have in common with one another--but in contrast to many Notre Dame architecture students--is that they were most familiar with living in cities and urban environments as opposed to growing up in the suburbs.  Since the UCU students’ experiences had been largely metropolitan, the curriculum offered them the tools to identify and analyze the quality of space in traditional cities and the suburbs alike.  Many students had not considered what life might be like in an environment without sufficient public transportation, bike lanes or walkability.  One facet of the course was to help students understand how these resources, or lack of resources, can either make life easier or more difficult.

Profs. Mellor and Salden Teach lectured at the beginning of each class and students spent the second part learning to sketch.  Prof. Mellor says that “while Samantha focused on good traditional design, my lectures focused more on the impact of modernism on cities and on alternatives to modernist planning. My goal was to make sure the students understood that the way we shape our cities and buildings is a choice, and is not the inevitable result of progress.”

Profs. Mellor and Salden Teach included the sketching aspect in the course to equip students with more than just vocabulary and language about classical architecture but with an ability to document space and buildings in a meaningful way, a means of training their eye to see and understand them more effectively and to communicate their own ideas.  Beyond spending time in Utrecht, students also went on field trips to Brussels and Gorinchem to see how traditional design has been applied in different cities at different times and at different scales.

During the last two weeks of the course, Prof. Mellor assigned a small design project that gave students the ability to imagine their own campus as a more beautiful space.  Prof. Mellor explains the final project as a re-imagination of “the dining hall and student center building on their campus, as the existing structure is a very ugly concrete octagon that is unloved by most of the students and staff. I encouraged them to break the building into smaller buildings, and use these to create better spaces on campus in the same manner as Samantha and I had shown them in traditional cities.”  On the final day of class students presented drawings and clay models of their re-designs.

Beyond exploring urbanist ideas, students were interested in learning more about the built environment’s impact on environmental sustainability.  The interest in sustainability offered Profs. Mellor and Salden Teach the opportunity to help students expand their ideas.  “Everyone's been on the internet and read about sustainability, but this course aimed to give context for some of those headlines and topics--to help the students connect the dots and see the ramifications of different choices over time in a more holistic manner,” says Prof. Salden Teach.  Discussions on how architecture affects both the environment and human health added an important facet to the course.

For non-architecture students, learning fundamental design principles is valuable and offers a different way to understand the world around them.  According to Prof. Salden Teach, students were enthusiastic about the course and experienced their city--a city some students had lived in their entire lives--from a different perspective.  Students were also excited to gain some practical skills that could be applied to real world issues.  The class sought to offer students tools and resources to be better stewards of their community and the world; and, from Profs. Mellor and Salden Teach’s perspective, it seems that goal was accomplished. 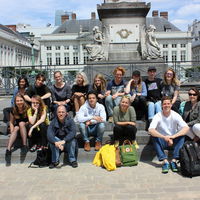 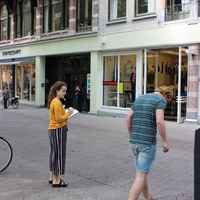 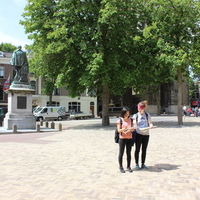 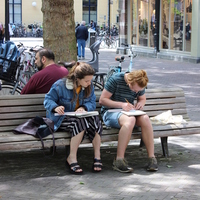 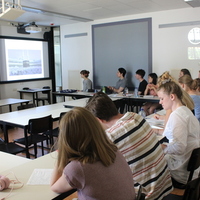 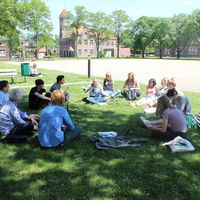 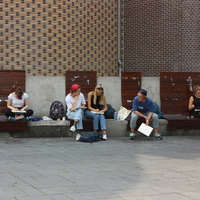 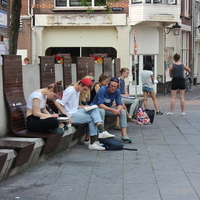 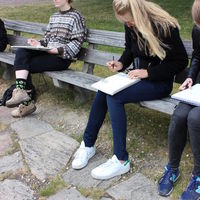 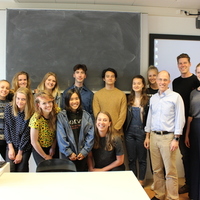 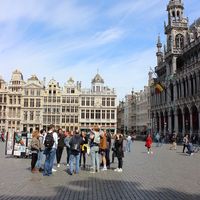 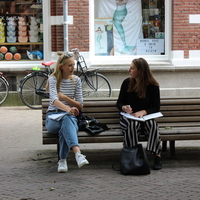