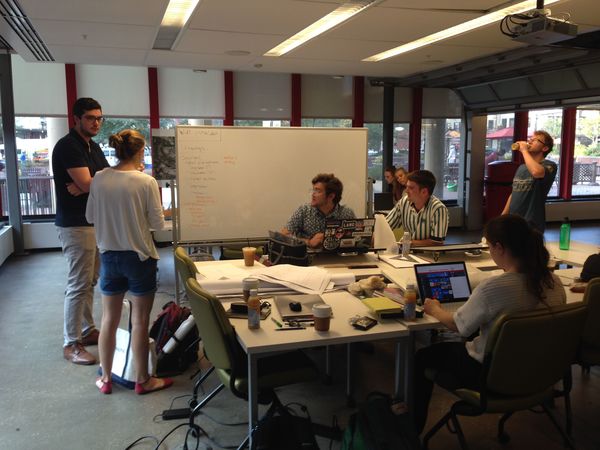 Students were charged with creating an adaptive reuse proposal for Indianapolis’ Union Station and surrounding area.  This project required students to consider challenges in redesign such as the building type, neighborhood connectivity and recognizing the established homeless population.  The jury was seeking recommendations that gave thoughtful consideration to the history and original use of the building and neighboring area as these findings are pertinent to producing a viable redesign solution. Student teams from Indiana, Ohio, and Kentucky travelled to Indianapolis for the competition and worked for one full day to craft their presentations.

Notre Dame’s team proposed eliminating some of the under-utilized sheds covering the elevated railroad tracks and replacing the sheds with an urban district built upon the existing structure. The students’ idea was to re-activate the area by providing a commercial and residential destination that connects the Lucas Oil Field, home of the Indianapolis Colts, to Bankers Life Fieldhouse, home of the Indianapolis Pacers and Indiana Fever.

Professor Mellor praised the students’ hard work saying that, “students represented Notre Dame admirably.  They received many compliments from fellow architects …[and] our students blew them away with the quality and volume of work.”