THE DIGITAL FUTURE OF WORLD HERITAGE

A symposium on blended scholarship and management in the new millennium.

In culmination of the Roman Forum Project an international exhibition, planned to be the first 3D exhibit on historic preservation in the Roman Forum, will take place next year from April to Oct 2014. To open the exhibit, a conference is planned to take place on 3rd and 4th of April 2014. The conference, "Innovative Methods of Documenting and Interpretation of World Heritage Sites," will discuss the works of various scholars in the field that are studying World Heritage Sites, a great theme for a collaborative workshop with UNESCO. Notre Dame presently has a four-year MoU in place with UNESCO, under which this project is highlighted. Through affiliation with UNESCO WHC, the University of Notre Dame School of Architecture—and our partners in the Libraries, Anthropology, Civil Engineering, Physics, and Research Computing—would be able to provide both instrumental and intellectual resources to UNESCO demarcated sites, extending the mission of both organizations. 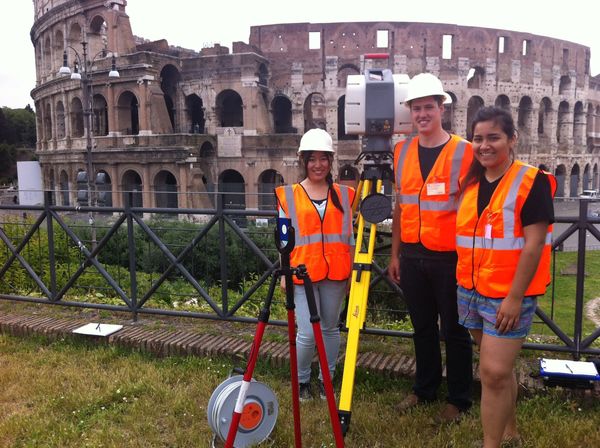 Since July 2010, the D.H.A.R.M.A. Lab, in cooperation with the Sopritendenza Speciale per i Beni Archeologici di Roma, has undertaken a project at the Roman Forum, a World Heritage site in the Historic Center of Rome. Employing the latest optical technology, high definition-surveying lasers like the Scan Station and C10 along with GigaPan photography, the team has been able to document the existing state of the site in unprecedented detail. Traditional methods of hand-measuring and photogrammetry are also being conducted to supplement the data gathered through this digital technique. In a continuing partnership with the Soprintendenza, the D.H.A.R.M.A. Lab is producing detailed architectural drawings, a 3-D digital model, and high-resolution panoramic photographs, with detailed analysis forthcoming. 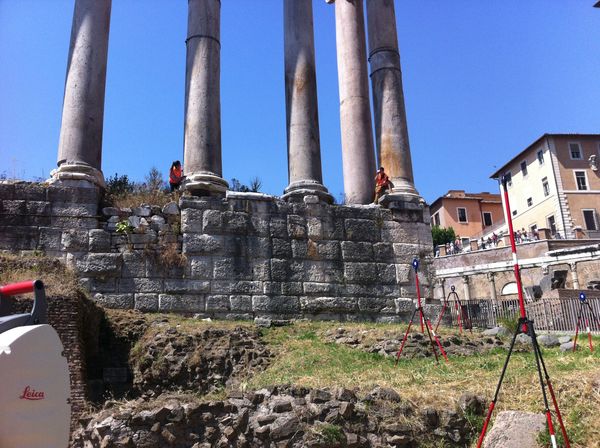 With a built history that spans over 2500 years; the Roman Forum and its built landscape is the most densely layered and complex sites known to man today.  Lying in the heart of the city of Rome, the Forum was the political, religious, and the cultural epic center of the Republic and later Imperial world. It played a critical role in the development of the Mediterranean and Europe in general. The site is not only large but complex topographically, due to its incremental evolution over time. While the city had a humble beginning, its continuous development resulted in a palimpsest of architectural monuments both great and small. Only parts of these monuments are visible to use today in the form of ruins, giving us a glimpse into antiquity and life of the ancients. While in Rome, our research attempts to further the visual understanding of these great monuments. Allowing them to be more accessible and better understood not only by scholars or academics but to all. Presently we are using a marco approach to document the overall typographic alignment of the monuments and a micro scanning approach to document the specific details on individual carved surfaces. Hence the use of two specialized scanners on site has been incredibly helpful. 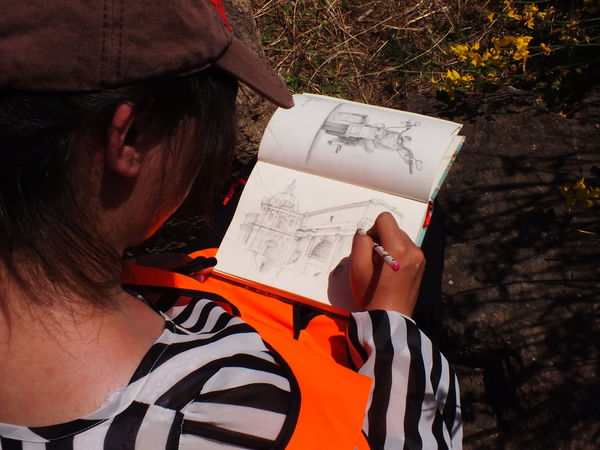 Right now we are working on a detailed scan on the Temple of Vesta. The resolution we are presently using is 1m x1m for both scans and images. We will mark the site and come back with our Gigapan equipment to photograph this temple in high res. The goal of our work is to bring more awareness to cultural heritage and historic urban landscapes. Heritage is not restricted to just monuments but the life that surrounds them. As without this life, these monuments would mean nothing today. These sites have taken on a new identity and this identity needs to be presented. Though the Roman Forum is a well-known site with over 4 million tourists visiting the site every year; few know its real value and historic significance. A problem presented by the Italian cultural ministry to us is the fact that many people walk down the ruins with guide books in hand or with the audio recordings and guides on site trying to piece together a better understanding of the site and its relation to Roman history. The goal of our research since 2006 and of our work in the forum since 2010 has been to strengthen the disconnect that exist between scholars of various fields working on the World Heritage Sites; the outputs they produce and the relevance of it to tourists and visitors of the site. To cover this gap of public knowledge and understanding of the forum, we are presently working on five different outputs – an exhibit, an app, a conference, a book and a 3D website portal. The Exhibit and the Conference planned in April 2014 at the Roman Forum will discuss ways and means by which the Forum needs to be a properly preserved combining the best of technologies and traditions.