How do you encourage more women to become architects? You introduce them to the profession at an early age; which is exactly what one Notre Dame alumnus is doing for 56 girls in New York City. 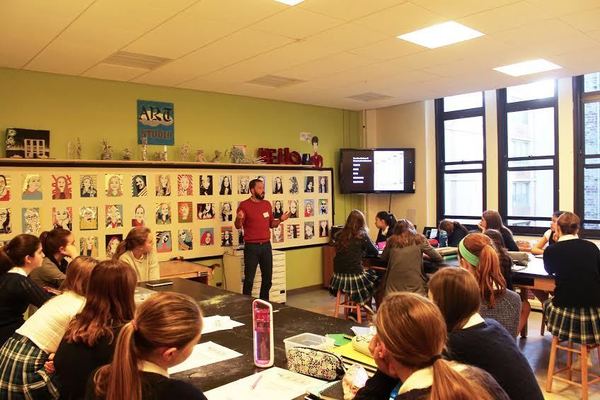 As part of a program created by the Institute of Classical Architecture & Art (ICAA), Michael Romero ‘02 introduced a class of eighth graders at Marymount School of New York to the world of classical architecture and urbanism through a unique, hands-on program organized by the ICAA. The 10-week program, called New Heights: Discovering Classical Architecture, aims to familiarize students with the history of architecture, the role and responsibility of architects, and potential career paths.

Led by ICAA instructors including educators, architects, historians and specialists, the program focused on providing students with an architectural vocabulary and an understanding of composition and design.  A year before the program launched, Romero spoke with the ICAA about getting involved with their various programs. “I had done a variety of educational programs in architecture, design and urbanism while I was working in London for The Prince’s Foundation,” said Romero.  “So I was very keen to continue this as I really enjoy working with students. I was very fortunate to have had the chance to participate on New Heights. It was great fun.”

One of the program’s objectives was to teach the next generation of students to take notice of the buildings and spaces that comprise their environment. “The New Heights program has helped Marymount School students make connections between the architecture in their own city, their own neighborhoods, and even their own school…” Concepcion Alvar, Headmistress of Marymount School, told the ICAA.

In addition to guided field studies and interactive studio experiences, the students were also given the opportunity to work with traditional materials in several hands-on sessions, including pouring plaster during a session led by Adrian Taylor, Principal at Hyde Park Mouldings. Notre Dame School of Architecture Alumnus, Stefanie Mustian '10, also led a New Heights classroom session that defined for the Marymount students the roles and responsibilities of an architect. 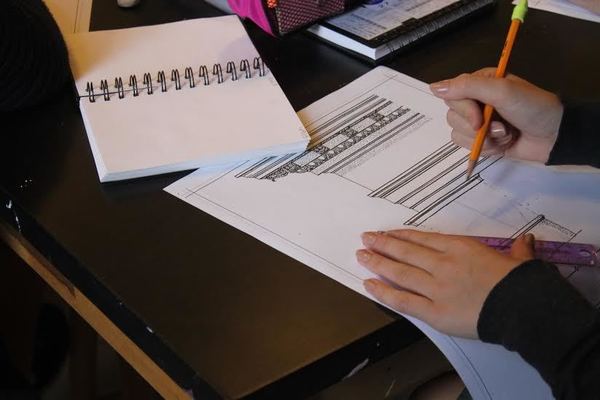 Romero has a history of introducing students to the world of architecture, as he also worked as a Career Discovery teaching assistant while studying at Notre Dame. When asked how the two programs compared Romero said, “both were fun and challenging because kids of these ages are blank slates. They tend to know what they like in architecture but they don’t know why. It was fun to help them dissect the why and how, and get them to think differently about the environment in which they move around.”

The Marymount program concluded on February 18th, with an exhibit in the School’s 5th Avenue beaux-arts building. At the final showcase, President of the ICAA, Peter Lyden, told parents, instructors and members of the ICAA in attendance: “Our goal in creating New Heights was to change how these young women think about the cities and neighborhoods they live in and to give them the tools and hands-on experiences to know that, one day, each one can have an impact on our built environment.”

Following the success of New Heights, the ICAA hopes to introduce the curriculum at others schools across the country.