Notre Dame assistant professor of architecture Krupali Krusche and co-author Vinayak Bharne, director of design at Moule and Polyzoides Architects and Urbanists, examine the evolution and continuity of Hindu temples in a new book, “Rediscovering the Hindu Temple: The Sacred Architecture and Urbanism of India” (Cambridge Scholars Publishing). The authors examine the various dimensions that make up the workings of the Hindu temple as an architectural and urban built form. 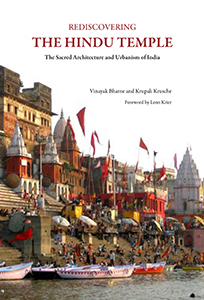 “Rediscovering the Hindu Temple” traces the temple’s evolution from wayside shrines to canonization as classical objects with an influential place in the contemporary Indian metropolis. The book combines historic scholarship, documentation, personal observations, and fieldwork to expand the idea of the Hindu temple as a complex and contradictory cultural entity, both formal and informal, monumental and modest, historic and modern, and deserving of a far broader and deeper understanding.

As the head of the DHARMA (Digital Historic Architectural Research and Material Analysis) research team, specializing in 3D documentation of World Heritage Sites, Krusche has studied and documented key monuments, including the tombs and gardens along the Yamuna River in India, and the Roman Forum in Italy.