Jaime Juan José Bellalta, professor emeritus of architecture at the University of Notre Dame, died March 20 at his home in Brookline, Mass. He was 89 years old. 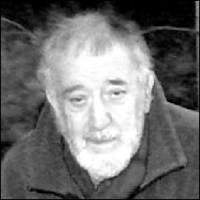 A native of Santiago, Chile, Bellalta studied at the Pontificia Universidad Católica de Chile, Harvard University’s Graduate School of Design and the University of London. He joined the faculty of the Pontificia Universidad Católica in 1968, teaching architecture and urban design there until 1975. During those years he also practiced privately and served as director of Chile’s National Urban Renewal Agency and as executive director of the Academy of Christian Humanism. His award-winning design for the Benedictine Monastery in Las Condes, Santiago, has been named one of Chile’s National Historic Architectural Monuments.

Bellalta married Esmeé Marian Cromie on July 24, 1952, in Cambridge, Mass. An Englishwoman who had graduated from Harvard’s Graduate School of Design 10 years earlier, she returned with him to the Universidad Católica and also taught there until both of them came to Notre Dame and joined the architecture faculty in 1976. Esmeé Bellalta died in 2007.

A particular concern of Bellalta’s practice, research and teaching was the design and development of affordable and low-income housing. This seemed naturally to emerge from his uniquely blended commitments to Catholic faith and social justice. With his wife, an internationally celebrated landscape artist, he shared a reputation for regarding his students not only as colleagues, but as dear friends.

The Bellaltas had 10 children, all of whom survive, along with 28 grandchildren and 11 great-grandchildren. Inseparable during their 54 years together, they presided over a tumultuous, variegated and utterly endearing South Bend household in which the most fortunate members of two generations of Notre Dame students and faculty were frequently and splendidly entertained.