On November 15, 2016, two architecture faculty members were honored with 2016 INTBAU World Congress Excellence Awards at a ceremony in London at the Royal Society of Arts. 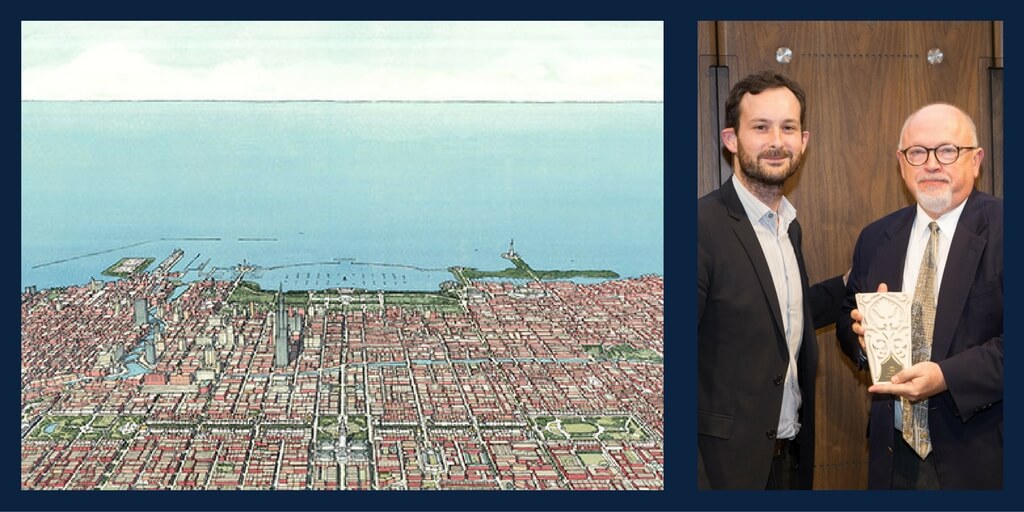 Professor Philip Bess received the Urban Design award for his project After Burnham:  The Notre Dame Plan of Chicago 2109.  Prof. Bess’ project uses the 1909 Plan of Chicago, originally presented by Daniel Burnham and Edward Bennett, as a starting point to evolve the city of Chicago with classical principles.  His plan optimizes environmental improvements, historic preservation and transportation and walkability of the city. 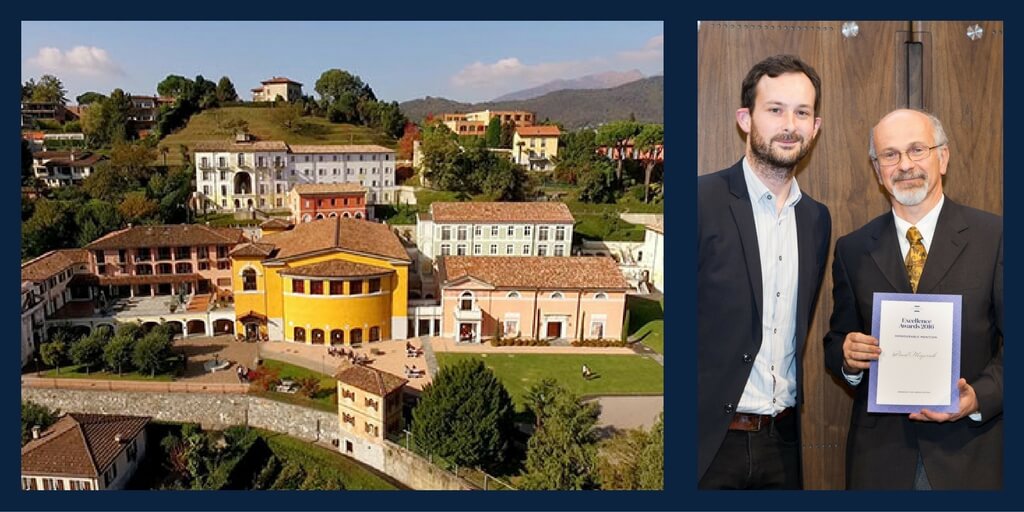 Professor David Mayernik was also recognized in the Urban Design category with an honorable mention for his work as the campus architect for TASIS, The American School in Switzerland.  Prof. Mayernik developed a design plan for the TASIS campus with the intention of creating a village that encourages community engagement.

Other award categories included community engagement, new building and emerging talent. The Emerging Talent award was presented to Ubaldo Occhinegro by Dean Michael Lykoudis who also gave a brief presentation about the work of the Notre Dame School of Architecture. 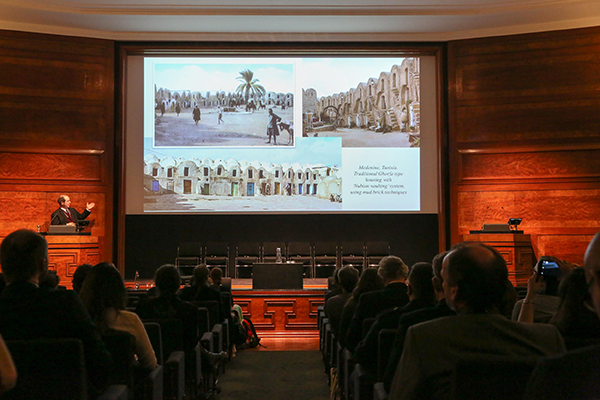 The INTBAU World Congress is a biennial international conference on architecture and urbanism where participants from around the world gather to share ideas on the world’s most troubling issues involving building, architecture and urbanism.  In addition to the awards, the Congress was a space for discussion on how to continue to grow and develop our ever-changing landscape more sustainably and responsibly.  The theme of the 2016 Congress was Tomorrow’s Cities:  Building the Future and it featured lectures and panel discussions focused in three areas:  Rapid Urbanization, Shifting Identities and Shelter.  Professor Richard Economakis delivered a talk on his refugee village housing proposal--a plan that centralizes architecture as a public service with sustainability as one of its strongest motivations. Dean Lykoudis joined Professor Economakis and others in a panel discussion on Shelter.