The School of Architecture and Notre Dame Environmental Change Initiative will host the lecture, "Building," by Jeanne Gang, founder and principal of Studio Gang Architects, at 4:30 pm Wednesday, February 20, in the Bond Hall Auditorium.

Gang roots her designs in both architectural form and idea-driven content toward achieving a compelling whole, and she often arrives at design solutions through investigations and collaborations across disciplines. Her projects include Chicago's 82-story Aqua Tower, the 2009 Emporis Skyscraper of the Year; the design of Northerly Island Park, a 91-acre former airfield on Chicago's lakefront that is now under construction; and the Nature Boardwalk at Lincoln Park Zoo, an educational pavilion and landscape that also function as storm water infrastructure. 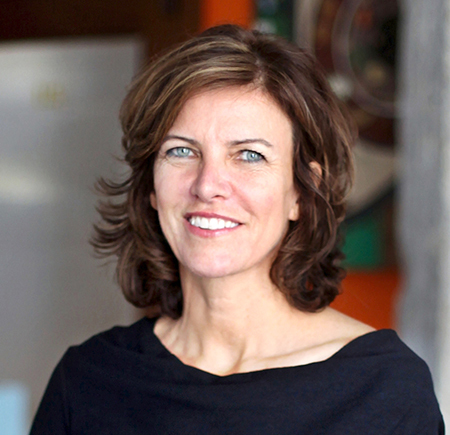 Since founding Studio Gang in 1997, Gang has won numerous honors, among them a MacArthur Fellowship, an Academy Award in Architecture from the American Academy of Arts and Letters, and an Emerging Voices Award from the Architectural League of New York. In 2009 she was named a Fellow of the American Institute of Architects. Her work with Studio Gang has been published and exhibited widely, most notably at the International Venice Biennale, MoMA, and the National Building Museum.

A distinguished graduate of the Harvard Graduate School of Design, Jeanne has taught at Harvard, Yale, Princeton, and IIT, where her studios have focused on cities, ecologies, materials, and technologies. Reveal, her first book on Studio Gang's work and working process, was released in 2011. Her firm's first solo exhibition, "Building: Inside Studio Gang Architects," is open through February 24 at the Art Institute of Chicago.