Transitioning from their previous semester studying in Rome, the graduate students in the urban design concentration recently took part this summer in the annual American Urbanism field trip.  Spanning eleven days, the group visited and documented a wide range of American towns and cities on the east coast.  The sites visited afforded the students the opportunity to follow the influence of settlement patterns of traditional European cities on those in the United States. 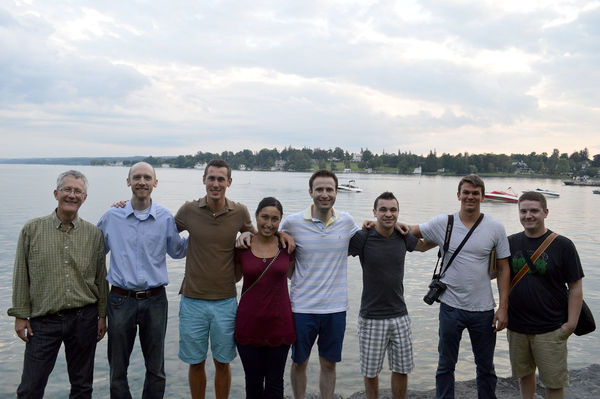 The trip began with a stop in Skaneateles, NY (pictured left), where students met with local planner Jessica Millman.  Jessica shared her experiences helping to develop the LEED for Neighborhood Development standards for the USGBC as well as reflections from her advisory role as a member of the joint comprehensive planning committee of Skaneateles during the project undertaken by the Notre Dame graduate urban design studio in 2010 (winner of the 2011 CNU Charter Award Academic Grand Prize).  Following a stay in Boston, the group met with Marina Trejo (class of ’02 & ’06), a project manager at Two Trees Development in Brooklyn, NY.  Marina (pictured below) shared her story of transitioning from architecture to development while leading a tour exploring industrial lofts in Dumbo, the former Domino Sugar factory site in Williamsburg, and the conversion of an asphalt parking lot into an urban farm. 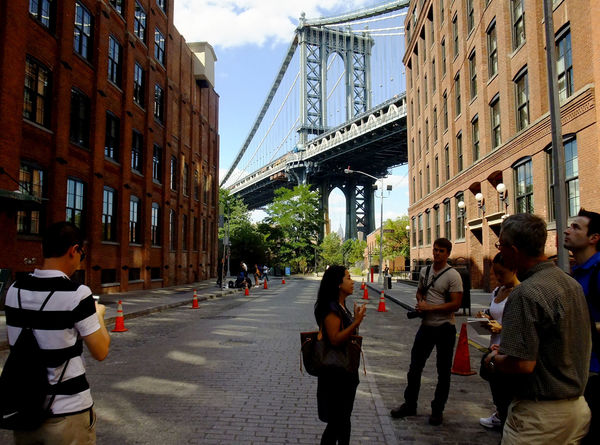 While visiting Princeton, NJ, the students presented their work to Michael Graves, Alan Chimacoff, Terry Smith, and Gary Lapera from their semester in Rome (revisiting the 1978 Roma Interrotta project).  Visits to Annapolis and Washington, D.C., included meeting with Terry Schum, planning director of the city of College Park, Maryland; Peter Hetzel, author and practicing architect; and Jay Kabriel, professor at the School of Architecture at the Catholic University of America.  After spending time documenting Savannah, the students met with designer Andrew Gould of New World Byzantine in Charleston.  Andrew shared a range of projects from small-scale traditional urban infill projects in the historic core of Charleston to Holy Ascension Orthodox Church (a recently built load-bearing masonry church) in the new town of I’On.  The final stop on the trip included a stay in Kentlands, MD, one of the most successful New Urbanist towns designed by DPZ.  Town architect Mike Watkins led the tour alongside Will Dowdy (graduate class of ’09).  Lessons learned from this travel opportunity will be explored further in the studio this semester as students will work closely with the community of Lafayette, LA, beginning with a visit to New Orleans followed by an on-site public design charrette.