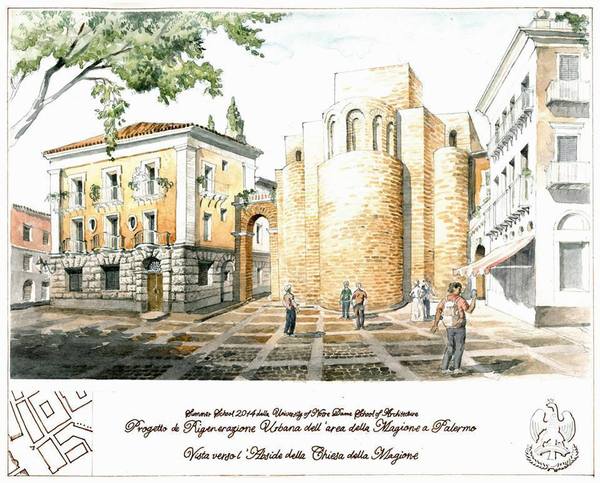 Much of the quarter around the church of the Magione in Palermo, Sicily, presently stands as a vast empty area having remained in a state of disrepair since the Middle of the twentieth century. Palermo, in the area of the Magione, remains interrupted, hence the urgent need to reintegrate it to the quarter delimited by Corso V. Emanuele, the Foro Italico, Via Lincoln, and Via Roma. For three weeks, participants in the University of Notre Dame’s Palermo Summer Program: Alexander Gladkikh, Olga Ksarova, Kellen Krause, Delma Palma, Carlos Concha, Amalia Carmona, Natalie Stenger, Rene Salas, worked under the direction of Professors Samir Younés and Ettore Mazzola in order to offer the Comune di Palermo a long term masterplan that demonstrates the incremental re-urbanization of the said area. 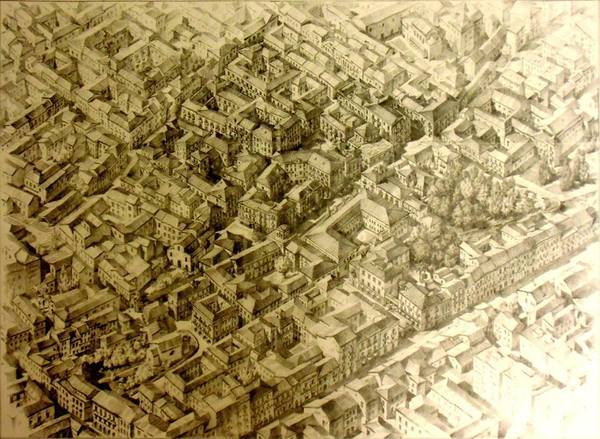 The proposal provided fifteen new blocks arranged in a hierarchy of streets and piazze with special attention being paid to urban sequences and the knitting of the urban fabric in order to provide the desired architectural continuity. The proposed public buildings include a market hall and a school, while the proposed private buildings include mixed-use buildings as well as offices and a hotel.

The Palermo Summer Program was housed in Palazzo Sant’ Elia and culminated in a public presentation in Palazzo Sambuca with the participation of faculty and students from the Università degli Studi di Palermo. 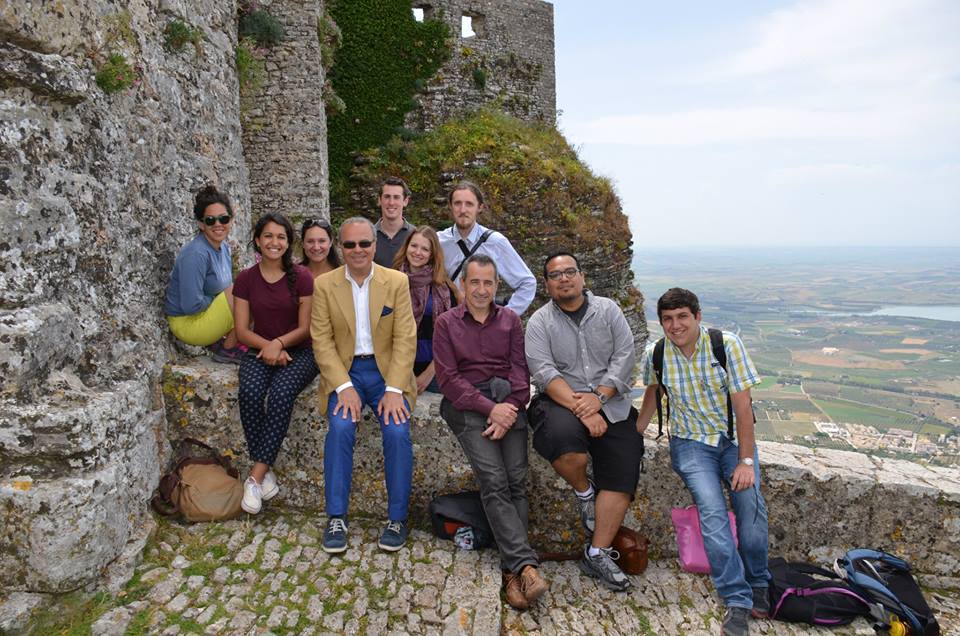 The participants in the Palermo Summer Program, in Erice.