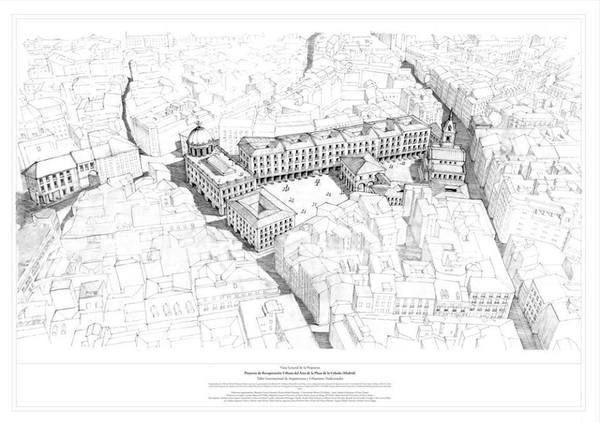 Aerial perspective of the counter-project.

For centuries, Plaza de la Cebada in Madrid, Spain, stood as an open market dedicated to the sale of barley and other cereal grains. In the nineteenth century a cast iron market structure occupied part of the plaza, and this structure was replaced in the nineteen sixties with a market consisting of six halls each of which being surmounted by shallow concrete domes. The municipality of Madrid has recently decided to raze the concrete halls to the ground and to commission a proposal to replace them with a massive shopping mall that violently ignores the architectural character and the scale of blocks and buildings of Madrid’s Latina quarter. 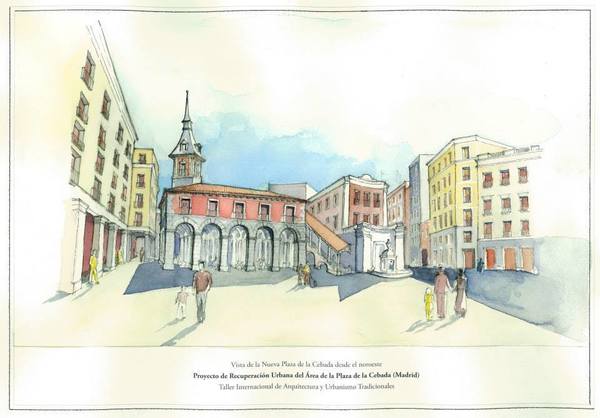 One of the two new Plazas. 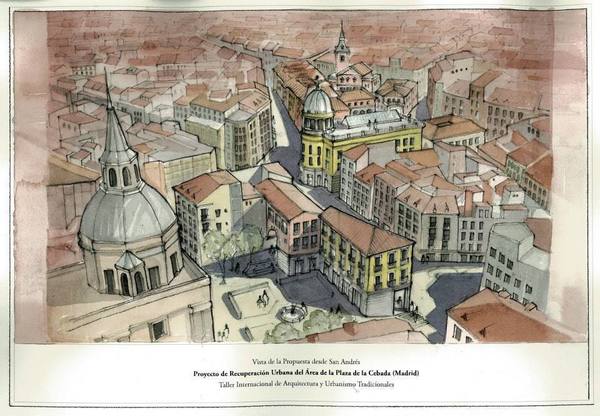 The proposal and its integration with the Latina quarter and the church of S. Andrés.

As the Plaza de la Cebada exceeds in length the city’s Plaza Mayor, the counter-project provides for two plazas contained with mixed-used buildings where all ground floors are dedicated to commercial purposes and where the upper floors can be dedicated largely to apartments. The proposal also accommodates a gallery, a bank, a department store as well as below-grade parking and connections to the metro service. In order to illustrate the importance of the local architectural character and tectonic details, some of the participants also produced a lexicon of local construction methods.