David M. Schwarz, an architect known for excellence in traditional design and his commitment to the creation of vibrant public environments, has been named the recipient of the 2015 Richard H. Driehaus Prize at the University of Notre Dame. He will be awarded the $200,000 prize during a ceremony on Saturday, March 21 in Chicago.

In conjunction with the Driehaus Prize, renowned environmental health expert Dr. Richard J. Jackson will receive the $50,000 Henry Hope Reed Award, given annually to an individual working outside the practice of architecture who has supported the cultivation of the traditional city, its architecture and art. Together these prizes represent the largest recognition of classicism in the contemporary built environment. 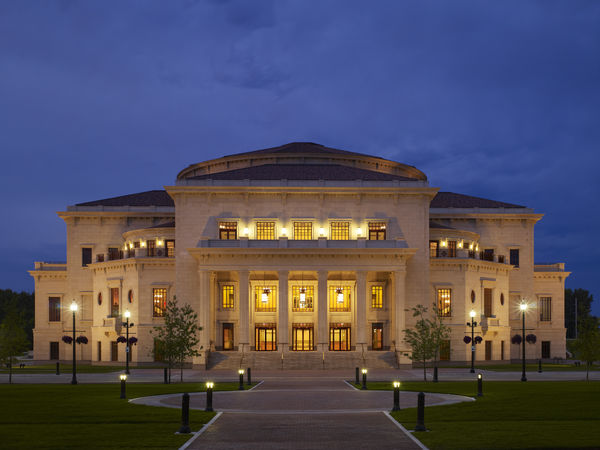 Palladium at the Center for the Performing Arts located in Carmel, IN

“Celebrating those who make substantive contributions to classical architecture in the modern world is essential to expanding the ideals of traditional and sustainable urbanism in contemporary life,” said Richard H. Driehaus, founder, chairman and chief investment officer of Chicago-based Driehaus Capital Management LLC. “Therefore I am pleased with the selection of David Schwarz as the 2015 Richard H. Driehaus Prize laureate. His work has demonstrated how architecture can contribute to the creation of dynamic and strong communities.”

Schwarz approaches design with a belief in humanism that emphasizes pedestrian-friendly and socially active architecture with the goal of enabling civility and productivity in urban environments. He believes in building spaces for people, paying careful attention to issues of scale and material. His historically informed designs create lively public environments that meet the needs of diverse audiences.

Emphasizing that good design transcends typology, Schwarz is dedicated to the development of singular solutions for each of his projects. He is committed to the use of architecture to create sustainable neighborhoods that foster a sense of humanity, community and common purpose.

Schwarz is president and CEO of David M. Schwarz Architects Inc., which he founded in 1976 in Washington, D.C. He received his bachelor's degree from St. John’s College in Maryland and a master of architecture from Yale University. He currently serves as chairman of the Yale School of Architecture Dean’s Council.

“David Schwarz has succeeded in establishing a renewed and spirited dialogue about the nature of architecture and urbanism in the post-war period,” said Michael Lykoudis, Driehaus Prize jury chair and Francis and Kathleen Rooney Dean of Notre Dame’s School of Architecture. “He has woven traditional principles with modernity throughout various scales and building types that characterize our contemporary world. His approach to significant commercial and institutional buildings as well as urban design indicates his sensitivity to how buildings’ characters contribute to a sense of place. His firm’s designs for large buildings usually thought of as the domain of engineers — such as sports arenas and stadiums — illustrate how classical, traditional and modern languages of architecture can be used to re-imagine the scale of these very large structures and successfully connect them to their communities.”

“Literature, visual art, architecture and years of experience are brought to bear on the work of David Schwarz,” said Demetri Porphyrios, principal of Porphyrios Associates and another member of the Driehaus Prize jury. “What emerges is his passion for architecture, formal curiosity and the re-awakened enjoyment of art-deco and classical architecture. With regard to the city, the work of David Schwarz is also a testimony to the civic splendor that architect and patron can achieve with compelling force.” 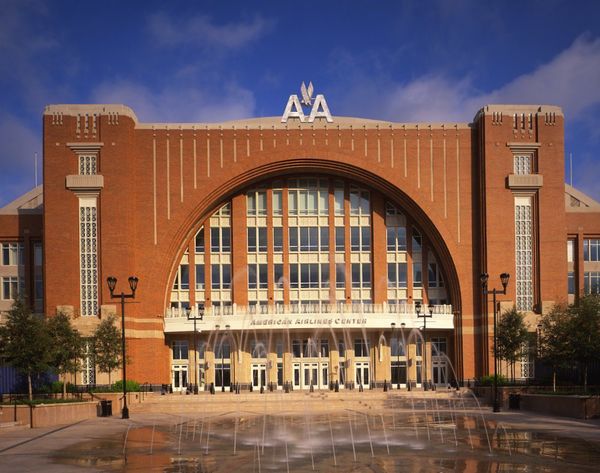 “David Schwarz has done as much as any architect today to bring traditional architecture into public view, and to make it part of living, active communities,” said Paul Goldberger, contributing editor at Vanity Fair and member of the Driehaus Prize jury. “His work has a remarkable range that encompasses arenas, schools, concert halls, apartment houses, a major league baseball park, a hospital, libraries, museums, small-town streetscapes and a vibrant urban square. What these buildings have in common is that they all show how successfully new architecture designed in a traditional style can enrich the public realm. If there is any architect who truly understands the concept of place, it is David Schwarz. He sees every building he designs as having a responsibility not just to the people who will use it but to everyone who will see it.”

The Richard H. Driehaus Prize was established in 2003 to honor the lifetime contributions to traditional, classical and sustainable architecture and urbanism in the modern world. The prize is awarded annually to a living architect whose work creates a positive cultural, environmental and artistic impact in keeping with the highest ideals of classical architecture in contemporary society.

The award ceremony on March 21 will also honor the Henry Hope Reed Award laureate, Jackson, whose work has contributed to a greater understanding of the impact of livable and sustainable urban design on health.

“I welcome the recognition of Dr. Richard J. Jackson as the recipient of the 2015 Henry Hope Reed Award,” said Driehaus. “His research into the health advantages conferred by walkable environments emphasizes the overall importance of traditional and sustainable urban design.”

“Dr. Richard Jackson’s research has made the world aware of the influence of the built environment on our health. We have created a world of industrial scaled zones that hinders the ability of everyday citizens to lead healthy lives. Dr. Jackson’s research has demonstrated how cities with mixed use, pedestrian-friendly urbanism provide an environment that promotes health and well-being that is superior to that of our sprawling suburbs,” said Lykoudis. “In the midst of a national debate on health care, he has realigned the focus to include a holistic approach to fitness that examines the causes of poor health rather than just the cure.”

Jackson currently serves as professor of environmental health at the University of California, Los Angeles' School of Public Health. He graduated from the University of California School of Medicine at San Francisco. He then earned his master of public health from UC Berkeley and began working as a public health medical officer with the California Department of Health Services. In 1994, Jackson was selected to be director of the National Center for Environmental Health. In 2003, he served as the Centers for Disease Control and Prevention director’s senior adviser and co-led the organization’s strategic planning process related to health systems. 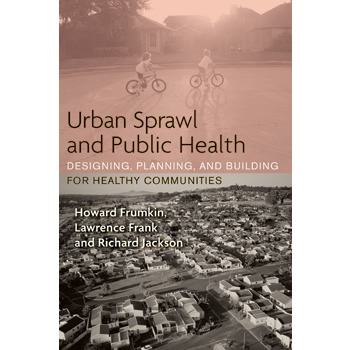 Jackson is co-author of the 2004 book “Urban Sprawl and Public Health.” In 2005, he was selected to serve on the national board of directors of the American Institute of Architects. His lectures have been influential in convincing urban planners, developers, builders and elected officials to create environments that promote exercise, socialization and health.

For more information about the Driehaus Prize, please visit DriehausPrize.org.