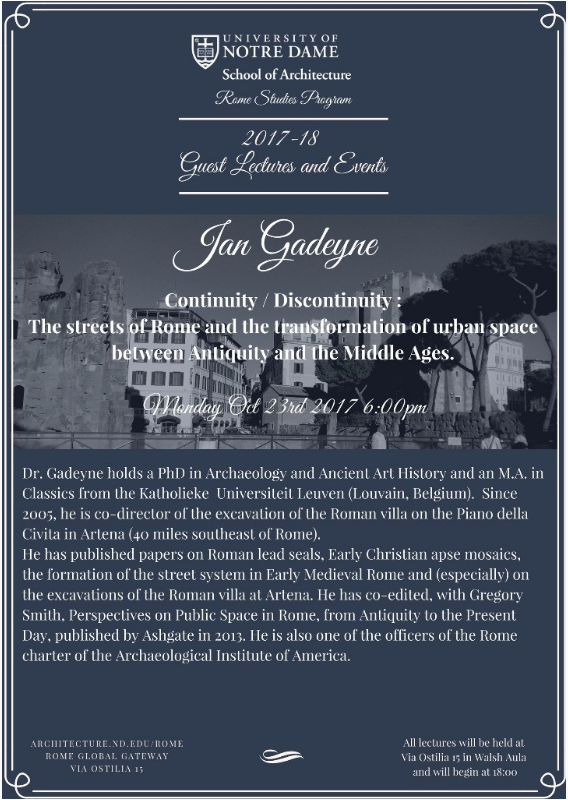 Continuity/Discontinuity:  The streets of Rome and the transformation of urban space between Antiquity and the Middle Ages.

Dr. Gadeyne holds a PhD in Archaeology and Ancient Art History and an M.A. in Classics from the Katholieke Universiteit Leuven (Louvain, Belgium).  Since 2005, he is co-director of the excavation of the Roman villa on the Piano della Civita in Artena (40 miles southeast of Rome).

He has published papers on Roman lead seals, Early Christian apse mosaics, the formation of the street system in Early Medieval Rome and (especially) on the excavations of the Roman villa at Artena.  He has co-edited, with Gregory Smith, Perspectives on Public Space in Rome, from Antiquity to the Present Day, published by Ashgate in 2013.  He is also one of the officers of the Rome Charter of the Archaeological Institute of America.