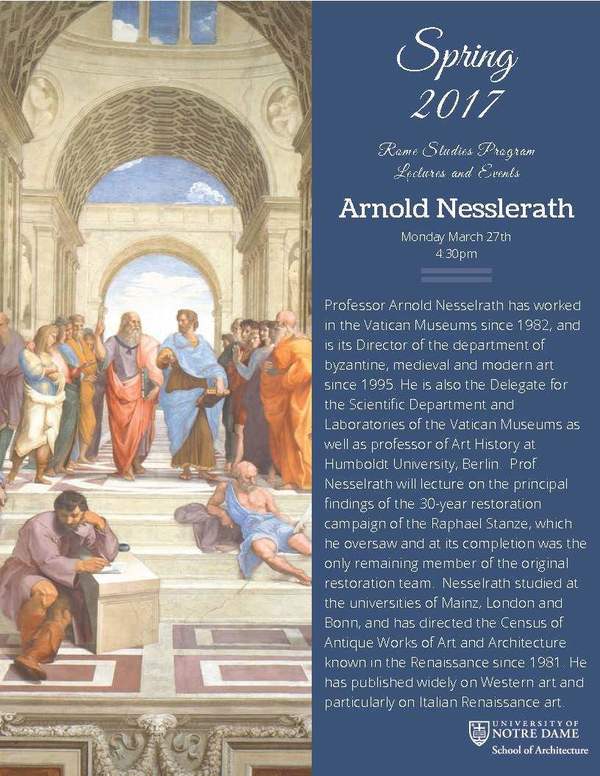 Professor Arnold Nesselrath has worked in the Vatican Museums since 1982, and is its Director of the department of byzantine, medieval and modern art since 1995. He is also the Delegate for the Scientific Department and Laboratories of the Vatican Museums as well as professor of Art History at Humboldt University, Berlin. Prof. Nesselrath will lecture on the principal findings of the 30-year restoration campaign of the Raphael Stanze, which he oversaw and at its completion was the only remaining member of the original restoration team. Nesselrath studied at the universities of Mainz, London and Bonn, and has directed the Census of Antique Works of Art and Architecture known in the Renaissance since 1981. He has published widely on Western art and particularly on Italian Renaissance art.