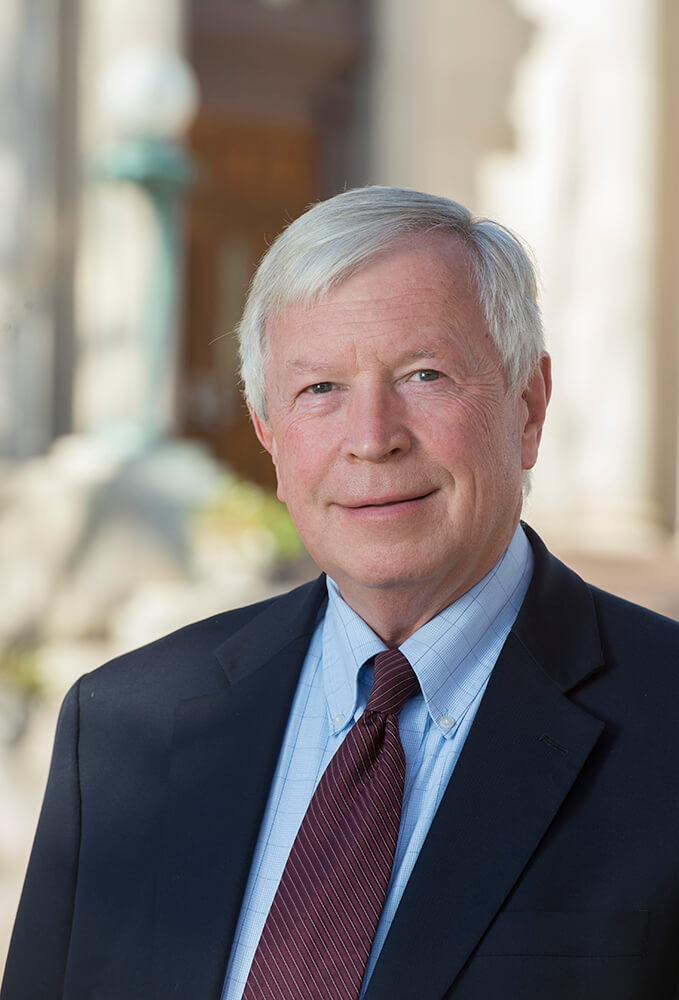 Prof. Stamper, an architect and architectural historian, came to Notre Dame in 1984. He teaches architectural history for the sophomore survey and he teaches design in the fourth- and fifth-year studios. He served as Director of the Rome Studies Program from 1990 to 1999, and he has been a recipient of the Kaneb Award for outstanding teaching in the undergraduate program. He received his Bachelor's and Master's degrees in architecture from the University of Illinois at Champaign-Urbana, and a Master's degree in Art History from the Williams College and Clark Art Institute graduate program. After working as an architect in South Bend and Chicago, he earned a Ph.D. in architectural history at Northwestern University, where he studied with David Van Zanten and Carl Condit. His dissertation topic was published as the book  Chicago's North Michigan Avenue: Planning and Development 1900-1930  (University of Chicago Press, 1989). Recently Prof. Stamper has been researching and lecturing on topics related to ancient Roman architecture, especially the Arch of Constantine and the Temple of Capitoline Jupiter. In 2005 he published the book  The Architecture of Roman Temples: The Republic to the Middle Empire  (Cambridge University Press), which proposes a new interpretation of the archaeological evidence of the Temple of Capitoline Jupiter and argues for a new understanding of its role as an architectural precedent for later Roman temple design.

Research Grant from the Hagley and Winterthur Libraries, Wilmington, Delaware,
for  Architecture of the Nineteenth-Century World's Fairs, 1989.

Publication Grant from the J. Paul Getty Trust and the Graham Foundation for Advanced Studies in the Fine Arts for Central;  Papers on Architecture  (with Norman Crowe), 1987.

"Philadelphia's Centennial Exhibition: The Influence of Vienna's Ringstrasse," at the
Annual Meeting of the College Art Association, Philadelphia, Pennsylvania, February 21, 2002.

"Beyond the Capitoline: The Temple of Jupiter Maximus and the Authority of Precedent," Annual Meeting of the Society of Architectural Historians, Houston, Texas, April 16, 1999.

"Six Architectural Memos for the Next Millennium," 1994 European Conference of the
Association of Collegiate Schools of Architecture, London, England, May 26, 1994.

"Building Classical: The Role of the Notre Dame School of Architecture," Symposium,
A Vision of Europe: Building Classical for the City of the Year 2000, British Council,
Bologna, Italy, January 19, 1994.