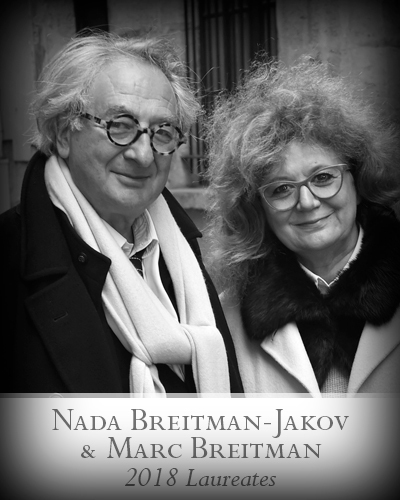 Marc Breitman and Nada Breitman-Jakov, Paris-based architects known for improving cities through quality architecture and urbanism, have been named the recipients of the 2018 Richard H. Driehaus Prize at the University of Notre Dame. They will be awarded the $200,000 prize during a ceremony on March 24 (Saturday) in Chicago.

“In contrast to current conventions of flawed experimentation in public housing, the Breitmans’ work stands out for its beauty and dignity,” said Michael Lykoudis, Driehaus Prize jury chair and Francis and Kathleen Rooney Dean of Notre Dame’s School of Architecture. “The public-private partnerships in which the Breitmans have engaged show the power of public officials to transform cities by carefully selecting architects and urban planners who are sensitive to the needs of citizens who experience the built environment on a daily basis.”

The jury citation states, “Unlike so many recent urban interventions, the work of the Breitmans takes its place in and inspiration from historical cities, breathing new life into beloved and time-tested architectural and urban patterns. Their developments contribute momentously to the enterprise of creating and preserving attractive and thriving urban communities that are sustainable, accessible, and that elevate the cultural life of their denizens.”