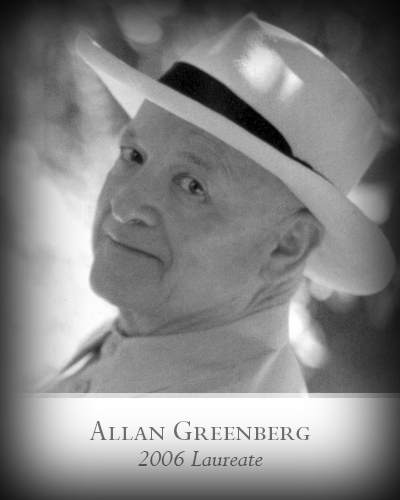 Allan Greenberg, an eminent practitioner of progressive architecture that advances classical ideals, received the fourth annual Richard H. Driehaus Prize for Classical Architecture. The University of Notre Dame School of Architecture presented the Driehaus Prize to Mr. Greenberg in recognition of built work and scholarship that has enriched the American architectural and cultural landscape from Beverly Hills to Washington, D.C. In a ceremony March 25 at the University Club of Chicago, Mr. Greenberg received $100,000 and a model of the Choregic Monument of Lysikrates to honor a career of beautiful, influential and enduring work.

Mr. Greenberg's most celebrated works include the Humanities Building at Rice University, which won the American Institute of Architects 2001 Design Excellence Award from the Washington, D.C. chapter. He designed the Tommy Hilfiger Flagship Store in Beverly Hills, named the Best Commercial Building of 1998 by the Precast/Prestressed Concrete Institute. A Greenwich, Connecticut farmhouse won a 1990 Arthur Ross Award from Classical America for outstanding architectural rendering.

The first American architect to receive the Driehaus Prize, Mr. Greenberg kept the best intentions of the Founding Fathers in mind to restore a sense of grandeur in the halls of government. As the architect entrusted with renovations to 29 spaces within the Department of State, he enhanced the setting "to embody the noblest ideals of American life," said George P. Schultz, then Secretary of State. His interiors, including the main foyer, office suites and ceremonial halls, reflected "the character in which Thomas Jefferson, the first Secretary of State, would feel at home."

Through his teaching, writing and public lectures, Mr. Greenberg has furthered both architectural scholarship and practice. His books include The Architecture of Democracy: The Founding Fathers' Vision for America and George Washington, Architect. Mr. Greenberg's contributions to civic, commercial, educational and personal architecture prompted George Hersey, author and professor of Art History at Yale University, to call him "the most knowing, most serious practitioner of classicism currently on the scene in this country."

As George Hersey, author and professor of Art History at Yale University, wrote: “(Allan Greenberg) is the most knowing, most serious practitioner of classicism currently on the scene in this country ... Greenberg belongs in the succession of Charles Follen McKim, Daniel Burnham, Henry Bacon, John Russell Pope and Arthur Brown. And above all he belongs to the succession of Greece and Rome, of Vignola and Sanmicheli, of Vanvitelli, Ledoux and Labrouste, to the visionary company of those who play the great game of classicism.”