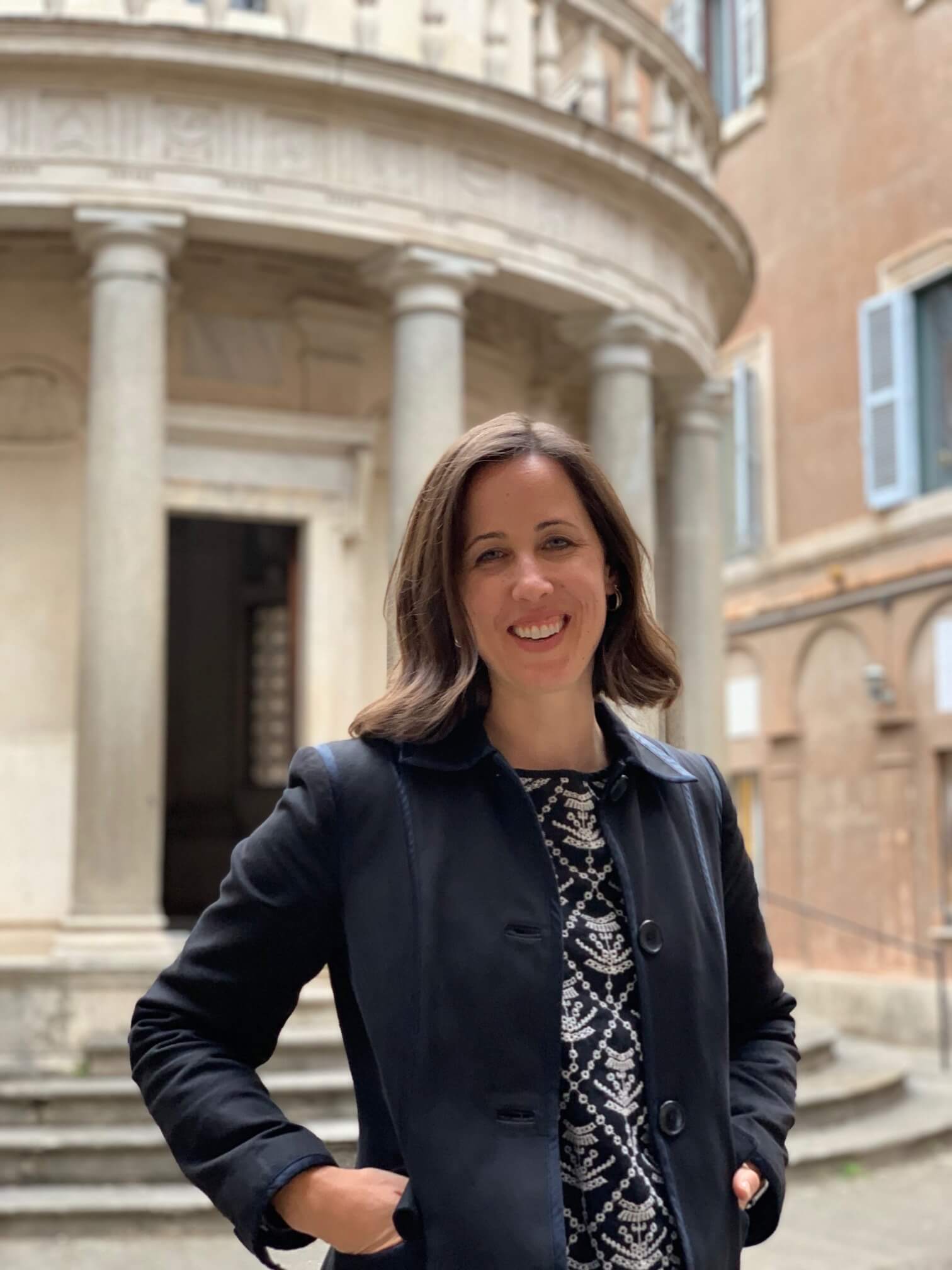 Melissa Slavin Di Cesare earned a Bachelor in Architecture and a minor in Italian from the University of Notre Dame in 2004. While in Rome, she developed an interest in mosaics which she pursued while on the Albert Ravarino Travel Scholarship. This research was the catalyst for her undergraduate thesis which focused on the relationship between art and architecture in healthcare. Her enthusiasm for the arts has guided her professional life for almost 20 years.

Her professional career began in Washington, DC at Torti Gallas & Partners where she collaborated on a variety of small and large scale residential and mixed-use projects across the country. She joined McCrery Architects in 2007, where she managed ecclesiastical, residential, and civic projects. While in Washington, she learned the Ravenna Method with mosaic artist Matteo Randi and became a member of the Society of American Mosaic Artists. Her connections to mosaic artists and artisans across the country led to collaborations in architectural projects.

In 2009, she moved to Rome to study at the Università Degli Studi di Roma Tre a Master di secondo livello, “Restauro Architettonico e il Recupero della Bellezza dei Centri Storici,” led by renowned restoration architect, Paolo Marconi. Upon completion, she collaborated with Domenico Minchilli on the requalification of a military castle in Umbria.

Her teaching experience began over ten years as an International Educator at the American Overseas School of Rome where she has taught International Baccalaureate visual arts, Digital Graphics courses, writes engaging curriculum and shares her passions for watercolor, perspective, and mosaics. She has also served on University of Notre Dame Rome Program’s design juries.