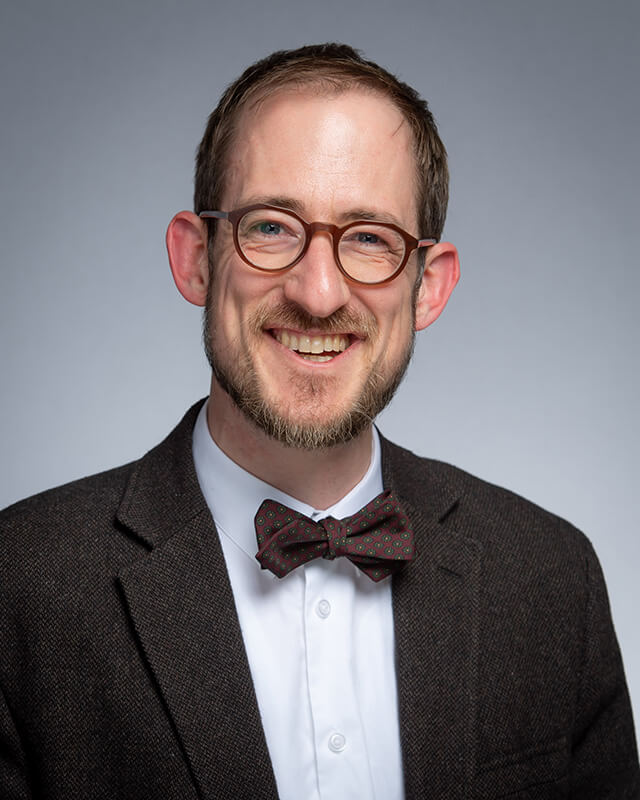 David Frazer Lewis is an architectural historian whose interests include the architecture of modern Britain and the United States, the design of sacred architecture, and the Gothic Revival. He teaches architectural history courses, including the second semester of the sophomore survey. Prior to joining the faculty at Notre Dame, he worked for firms in San Francisco and London that specialize in historic preservation. He has also worked in the museum field, serving as a Postdoctoral Research Associate at the Yale Center for British Art.

He regularly contributes articles and reviews to the academic and professional press. Recent essays and reviews have appeared in publications of The Society of Architectural Historians of Great Britain, the Historians of British Art (USA), The Twentieth Century Society (UK), and the Korean architecture magazine Space.  His doctoral thesis explored the work of Giles Gilbert Scott (1880-1960), designer of Battersea Power Station, Liverpool Anglican Cathedral, the House of Commons Chamber, and the red telephone box. Scott was Britain’s most influential architect of the interwar period, whose designs shaped modern London and had resounding global impact during the decades when modern architecture as we know it was being forged.

For four years, Dr Lewis was editor of True Principles, a peer-reviewed journal of the Gothic Revival published by Britain’s Pugin Society. He has been commissioned by Historic England (formerly English Heritage) to contribute a book on A.W.N. Pugin (1812-1852) to their new series on Victorian architects.

He holds a bachelor’s degree from Stanford University and a doctorate from the University of Oxford.